Lost your password? Please enter your email address. You will receive a link and will create a new password via email.

You must login to ask question.

World largest smart phone maker,Samsung electronics,on Tuesday launched its top-of-the-range Galaxy S3 smart phone in Europe.It will be recalled that the south Korean company toppled apple as the world largest smart phones marker with the release of its previous model in 2011.This is coming in its bid to outsell the previous model
The smartphone,with a more rounded outline and a voice recognition is capable of tracking the users eye movement to keep the screen from dimming or going off while in use,hits the stores in over 20 European countries  and the middle East  as Samsung aims to increase its lead over apple months before the release of its iPhone expected soonest 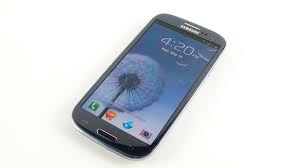 Also in Frankfurt some 100 people were in the queue this morning when the Deutsche Telecom shop on the city’s busiest shopping street The Zeil opened.

“That’s about the same as when the latest iPhone went on sale,” said 21-year old Steven Barth, who was taking orders at the shop. “I think our publicity campaign also helps. We are giving away about a hundred Galaxys today, in this shop.” 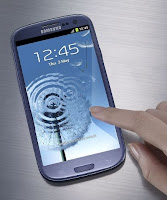 The smart phone ,which runs on Google android operating system has a 4.8 inch screen,making it one of the largest smart phone in history..It has a quad core processor and a 500gb o cloud storage

Thank you for visiting this web page, we hope you found what you were looking for!Please, don’t just leave, Write A Comment;

Founder- Editor at Gadgetsng : A Dental Technologist by profession, but passionate about Computers, Mobile Phones , Internet and anything Gadgets.

Next article GLO SMS 4EVER