Meizu, one of the numerous Chinese companies that manufacture smartphones for worldwide distribution, has come a long way from producing just Mp3 players, to being one of the top 10 Smartphone distributors in the world. The company gained wide reputation after the release of its first flagship Meizu Pro 5 in 2015. Since then, the company has kept on releasing a steady flow of stylish devices with quality specs for the high and low in the society. Here is a list of all Meizu  phones since 2015.

Where To  Buy Meizu Phones & Pay On Delivery

We have a long list of smartphones in this corner. To make Navigation easier for you, we’ve included a list of the smartphones we’re discussing up here. Click on any of them to jump to the contents.

The Meizu M2 Note is the Second smartphone on the Meizu Note Series and a successor to the Meizu M1 Note which was released only last year. The Meizu M2 Note ticks all the necessary boxes of a premium Smartphone ,yet does not require you to empty your bank account to get hold of one. That was the description given to this device by Mr. Ebima and all I have to say is, there can’t be a better description!

“The Meizu M2 Note is fitted with a 13MP primary camera with a dual-tone flash, and a 5-megapixel selfie camera. The Meizu M2 Note runs on the latest Android 5.0 Lollipop with Meizu’s Flyme 4.5 user interface over the top and backed by a 3100mAh battery.” 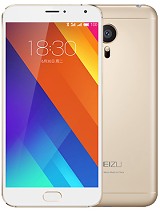 The Meizu MX5 was the 2015 flagship of the company, and the phone helped the Chinese company gain international recognition as a force to be reckoned with in the smartphone business.

“The Meizu MX5 features an all-metal body fitted with a 5.5-inch full-HD (1920x1080p) AMOLED display with Corning Gorilla Glass 3 protection. The Meizu MX5 is powered by the latest 64-bit Helio X10 octa-core processor (Cortex-A53) with a speed of 2.2GHz along with 3GB of RAM and PowerVR G6200 GPU. The Meizu MX5 comes in 16GB, 32GB and 64GB storage capacities with 128GB expansion option.” 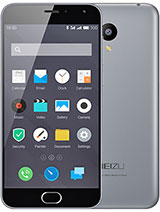 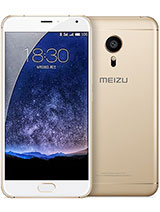 “In terms of designs & look,the Meizu Pro 5 looks somewhat similar to the Meizu MX5 with a stylish metal body fitted with a a 5.7″ Super AMOLED screen of 1080p resolution layered with gorilla glass and 2.5D glass with a single button below the screen which doubles as the back ,home button, as well as a fingerprint scanner and a 5MP snapper in the front, a 21MP camera with Sony IMX230 sensor in the rear.” 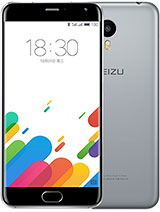 “The Meizu Metal comes with a unibody custom metal alloy build with a 5.5-inch (1920 x 1080 pixels) display with 2.5D curved glass, a 2 GHz octa-core MediaTek Helio X10 processor, a 13-megapixel rear camera with dual tone LED flash and phase-detection auto-focus (PDAF) that promises 0.2 seconds focus and a 5-megapixel front-facing camera. The meizu metal comes with a 2GB of RAM and either 16 or 32GB of ROM, expandable via micro SD.”

This Meizu Pro 5 Ubuntu Edition was announced ahead of the 2016 MWC event and is Meizu’s first smartphone to run the Ubuntu operating system.

The Meizu M3 Note is a smartphone that offers some premium specifications at a price point too good to be true. The design of the M3 Note is similar to the MX5, and the device succeeds 2015’s Meizu M2 Note.

“Unlike the Meizu M2 Note ,the M3 Note sports a metal unibody build, which gives it a more premium look and feel . Like the predecessor,the Meizu M3 Note flaunts a 5.5-inch 1080p 2.5D curved glass display and is powered by an Octa-Core MediaTek Helio P10 processor.”

“The Meizu MX5e is powered by a much slower processor and downgraded camera. The chipset is now at 2.0GHz from 2.2GHz while the camera now has 16-megapixels rather than 20.7MP.Other specifications remain unchanged – featuring a 5.5-inch 1080p Super AMOLED display and Octa-Core MediaTek Helio X10 processor,mBack touch-sensitive home button, mTouch 2.0 fingerprint recognition technology, a 5-megapixel front-facing camera and available only in 16GB and 32GB variants.”

The M3s was released as a successor to 2015’s M3, but had to be built with an all-metal body instead of the M3’s poly-carbonate body material, in order to meet modern standards.

“As far as storage is concerned, the Meizu M3s is been offered in two storage options- the Meizu M3s with 2GB RAM ,16GB storage and Meizu M3s with 3GB RAM and 32GB of internal storage. Both variant of the Meizu m3s is further expandable via Micro SD up to a maximum of128GB.”

Those are all the Meizu Phones since 2015, when they started gaining global reputations. If you didn’t find your favorite device up there and you’d like us to include it, simply comment below. We’ll be updating this list every month as more Meizu phones are released this year, and we’ll be releasing lists of other smartphone brands released in 2016 very soon.

Which of these Meizu Phones do you like the most? Which one do you hate the most? Or which one are you neutral about? Tell us in the comments box below. Let the conversation begin!